I awoke early this morning. It was cold, but not the bone-numbing cold that oft plagues Kansas winters. I unloaded my equipment at the storage unit, having played a show Friday night and traveled to Lawrence yesterday for practice, only to return too late and too tired to unload it last night. I updated a couple of scripts for Purple Wave and packed my things for my trip to Charleston this week to teach another Auction Technology Specialist course for the National Auctioneers Association.

My departure from Kansas City International Airport was uneventful, and as I find myself in other airports I find my impression of KCI to be less and less the gargantuan complex unlike any I’d ever seen and more and more the small-town convenience store that reminds you of home whenever you get the opportunity to stop by.

We arrived in Atlanta after a surprisingly short flight. I spent my time working on a new WordPress auction management plugin I conceived this morning, causing me to scramble to install LAMP on my Asus EeePC before leaving Manhattan. I barely had time to learn how to integrate with the WordPress admin before we were told to turn off all our electric devices. I smiled, knowing my phone was on in my bag in the overhead compartment. 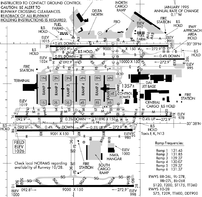 I glanced at the layout of Hartsfield-Jackson Atlanta International Airport in the complimentary Sky Mall magazine and saw how it looked like several buildings separated by an underground train. The magazine, though well-intentioned, gave no impression of scale. The Atlanta airport has, for the last 10 years, had the most number of passengers over the course of the year of any airport. In the world.

I entered on one end of one of the long terminals and spent what felt like a half hour walking the length of it to find my connecting flight. I stopped once in the middle as I realized that I couldn’t see the end in the direction I was walking. I looked behind me and couldn’t see the end in that direction either. While it may not be the size of Denver’s airport, it sure had a staggering amount of people. I can only imagine how large it really is and hope next time I return to have time to travel between the terminals on the train.

We boarded another McDonnell Douglas MD-88 and I no sooner got out my computer before we were descending to Charleston. My first impression of Charleston, located between the Ashley and Cooper rivers as they lead into the Atlantic, is that of a water town. I wasn’t prepared for the amount of waterways and rivers as I should have been knowing I was headed to a city on a delta.

The Francis Marion Hotel is located on Marion Square across from the old Citadel, the skyline of which I could make out in the dark, city-lit sky. It’s an old hotel, unlike the vast majority of lodging I’ve experienced, with evidence of multiple paint jobs, electrical outlets in the baseboard – much more like a grandmother’s house than a modern resort.

Like the hotel, the rest of Charleston reminds me of the past, at least the past from the movies. Robert Mayo and our southern guide Tom Jordan from North Carolina and I left to find some food. From the cobblestone roads to the arrangement of the wares in the various shops we passed, the feeling of an impending, deep history was only broken by an Apple store, as anachronistically out of place as the Delorian in 1885 Hill Valley.

We elected to eat at a barbecue joint called Jim ‘N Nick’s Bar-B-Q. The waitress took our order and left, while Tom and Robert began to debate the benefits of the vinegar-based barbecue of the South versus the tomato-based sauce we love in Kansas City.

When the waitress returned, Robert ordered a rare steak. She did a visible double-take as she asked, “Rare?” Tom explained that Robert is from Kansas, making the obligatory addition regarding our preference for meat that is still animated and perhaps even vocal.