What happened to fall? It seems as though winter has befallen us, without more than a week or so of temperate weather. 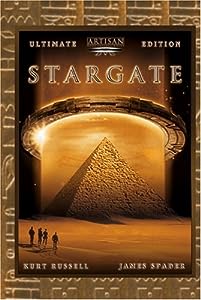 I’ve endured the freeze warning safe from the comfort of my desk, where I’ve been coding all day long in my underwear. I took a break for a few hours to watch Stargate, and I have no idea why I’d never seen it before. It is was a great work of science fiction, and seeing James Spader play a dorky hieroglyphs expert was an comical change from the poon-hound he’s been playing until recently as Alan Shore on Boston Legal. I’m looking forward to starting Stargate SG-1, though I’m nervous about a ten-season series.

After the movie, I started coding and watching Showtime‘s Dexter on Netflix. I had no idea what the series was about, so the subject matter came as somewhat of a shock. It’s a fascinating little series which I’ll probably use as something to watch while I work.

I’ve got Twitalytic installed, thanks to some recent updates which reduced the complexities to within my skillset. Now you view over a year’s worth of tweets on one page. It also has the benefit of caching not only my tweets, but also those of my friends, so that should something ever happen to the service, they’ll be safe and sound on my new server at Media Temple.

Tomorrow I’ll be off to Kansas City for a two-day meeting with the National Auctioneers Association Education Institute trustees.