Last month, I traveled to Grand Rapids for the 67th International Auctioneers Conference and Show. My friends at Verizon sent me the HTC 10 with an Ice View case to play with during the trip. I found it to have a good camera, a solid build quality and a clean software implementation that’s the best I’ve ever seen from HTC.

The HTC 10 has a an aluminum body with chamfered edges that give it a premium feel that’s comfortable to hold. The power switch and volume rocker are on the right side. The 5.2″ screen is slightly bigger than the HTC One M9, with a much higher resolution display than its predecessor.

The HTC 10 has capacitive buttons on the bottom of the screen. I’m not a fan of physical buttons, and I frequently complain about Samsung’s insistence on using them. HTC didn’t have buttons on it’s previous flagship phones, but has elected to use them on the 10. I will say that HTC has done a much better job of implementation than Samsung. Samsung’s buttons are in the wrong order compared to the rest of the Android world, and the center button on Samsung phones actually moves down when pressed. HTC’s buttons are in the correct order and the center button is capacitive, responding to touch but not actually moving. The center button also features a fingerprint reader which seems to work as fast and as accurately as any other I’ve used.

When I returned from NAA’s Conference and Show, I found myself in the tractor drilling my cover crops and quickly found a drawback to the HTC 10. I don’t wear my contacts when I’m farming; instead, I wear prescription polarized sunglasses. Unfortunately, the HTC 10’s screen is polarized such that I couldn’t see the screen in portrait mode with my sunglasses.

I found the camera to be really good. It’s a 12 MP sensor with optical image stabilization and laser autofocus. I especially appreciated the outdoor performance when I took some pictures of the opening ceremony in Grand Rapids.

Like many of the phones released this year, the HTC 10 ditched Micro USB in favor of USB Type-C. It’s a much better cable, but it means that old chargers and cables from other Android phones won’t work with the 10.

The battery isn’t removable or upgradable, which is disappointing but not surprising. Because of polarization problem, I wasn’t able to use the HTC 10 as my primary phone while I was farming and, thus, wasn’t able to get any Bluetooth battery life tests. The battery life felt similar to what I remember from the Samsung Galaxy S7 and LG G5, but I don’t have any charts to back up that anecdote.

While the HTC 10 doesn’t have wireless charging, it does support Qualcomm Quick Charge 3, which means that it’s among the fastest charging phones made when paired with a compatible charger.

HTC Sense is the customization layer that HTC installs over Android. I usually complain about the drawbacks that these customizations needlessly add to the Android experience. The HTC 10 has Sense 8.0, which is one of the least intrusive manufacturer overlays I’ve seen. The notification shade is essentially stock, and replacing the launcher and keyboard yields an experience that’s as clean and fast as any pure Android phone around.

The Ice View case is a flip case with a translucent front and a magnet in the corner so the phone can tell when the front cover is open and closed. The cover is translucent, so the phone can display notifications without waiting for the cover to be opened. It’s an interesting idea, but I found it to be more interesting in concept than practice. If I was in an office environment all day, it’d be a great choice, but I’d probably opt for something more rugged with a belt clip on the farm.

Like Samsung, it seems HTC is working to make refinements and improvements on a proven design. It doesn’t have any particularly innovative feature like a second camera or second screen, nor does it support add-ons or modifications. The HTC 10 is simply a well-rounded, premium smartphone.

As always, here’s a collection of unedited photos taken with the HTC 10. 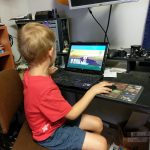 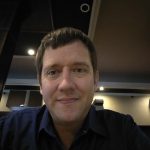 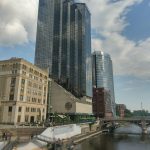 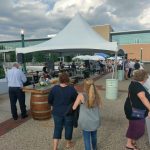 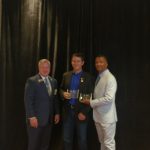 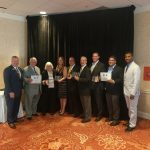 My friends the McCurdys and their awards 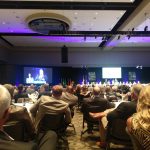 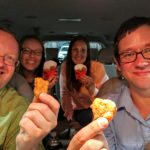 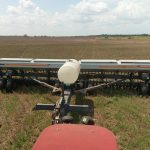 Back of Ice View case