I’ve honestly never given the “budget phone” category much thought. The only experience I’ve had with them in the past is helping friends and family clean up enough storage so they can take a few more pictures before they get home to transfer their photos to their computers. Not only do these phones never seem to have enough storage or move from one screen to another without a perceptible delay, but their displays are of such a lower quality that they’re frustrating to use.

My friends at Verizon recently suggested I spend a few weeks with the new LG Stylo 2 V.  It’s a large, relatively inexpensive phone with a stylus, and I was pleasantly surprised with its build quality and performance.

I’d never before heard of the Stylo 2 V, but it’s quite an impressive device for the price. At 5.7″, the display is larger than most phones. The lower 720 x 1280 resolution is noticeable, but I never found it to be a problem in everyday use. In fact, more than once I found myself wishing other phones were as easy to read.

Like last year’s product line, LG has placed the volume buttons with the power button on the back of the device. That’s the best place for buttons, and it’s a shame LG moved the volume buttons to the side on their other new phones this year. The power button has a fingerprint reader, and while it always worked okay it didn’t seem as fast or as accurate for me as the readers on other recent phones.

The Stylo 2 V comes with 2 GB of RAM, which is fairly limited by today’s standards. However, I never felt it lag or in any way seem to slow down during use.

It has a 13 MP camera on the back and a 5 MP camera on the front. The headphone jack and Micro USB port are on the bottom of the phone and a single speaker faces the back.The stylus fits in a slot at the upper right corner and makes a pleasant clicking feeling when removed or inserted that’s augmented by a sound from the speaker.

The phone is thin. It’s not measurably much thinner than the V20 or the Pixel, but it’s so wide that the tapers on the edges make it feel like one of the thinnest phones I’ve ever held.

The Stylo 2 V features similar Android enhancements to what LG ships on other phones. Most frustratingly, the LG UX 5.0 Home Screen eliminates the app drawer, placing all apps on different panels of the home screen. It’s an easy fix in settings to restore the app drawer. Better yet, install Action Launcher 3 – and the Google Keyboard – to get the best software experience.

The stylus software is simple and powerful. Using the stylus makes cropping screenshots and pictures really fast, and taking handwritten notes on the screen couldn’t be easier.

The 13 MP camera works fine, but it’s tough not to compare it against cameras on flagship phones. It’s simple to use and fast to operate, but it doesn’t even compare with the 13 MP camera on 2014’s LG G3, to say nothing about the cameras on other phones this year. You can see in the example below how it stands up to the camera in the LG V20. Remember, however, that the LG Stylo 2 V is currently less than half the price of the V20. 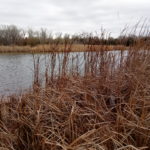 LG Stylo 2 V at the lake 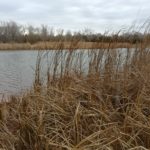 Here’s another camera comparison, this time including 2014’s Nexus 6. 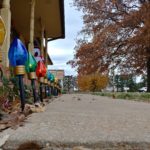 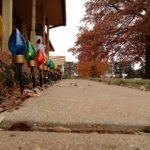 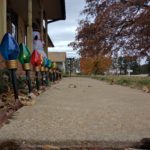 The Stylo 2 V comes with 16 GB of storage. After installing my standard set of apps – which don’t include any games – that left under 3 GB available. I never carried the phone as my daily driver, since it didn’t have room for my 6 GB of podcasts. Luckily, the Stylo 2 V supports external storage, so a strong recommendation for anyone getting the phone would be to install an SD card so as to not have to worry about space for podcasts or photos.

Unlike other budget phones I’ve played with in the past, the Stylo 2 V never felt sluggish at all. While it’s only available with 16 GB of built-in storage, it supports SD cards to mitigate storage issues caused by taking pictures. The camera is adequate for a phone in this price range, and the solid build quality and large size make it a very respectable choice for someone looking for a fast, modern phone without breaking the bank.