LG makes great phones. I named the LG G3 the best phone for the farm several months after release in 2014. When Verizon let me review the LG G5, I ordered one for my wife before I was done with my review because of the wide-angle camera. I named the LG V20 Verizon’s best phone of 2016 and promptly bought one as my daily driver earlier this year over the Pixel XL because of the enormous feature set on the V20. I was really impressed with the LG G6 released earlier this year, which was very underrated and overshadowed by the Galaxy S8, even though I felt the G6 was clearly the better device. Yesterday I published my full LG V30 review on AuctioneerTech. I’ve had some questions from other fans of the V20 about upgrading to the V30, so here’s an comparison of both devices and what I think about the feature changes.

The V30 is smaller than the V20 yet has a bigger and taller screen. They both have the same 4 GB of memory and 64 GB of storage with an SD card slot. The V30 has a much faster and more efficient processor than the V20, but I’ve never noticed any problems with the speed of the V20 so for now the difference in speed is measurable but not noticeable.

The screen is the most substantive difference between the two generations of the V-series. One of the selling points for the V20 is a second screen above the main screen. Technically, it’s a portion of the main display that can be lit independently, allowing it to stay on all the time without draining the battery as much as keeping the entire screen lit. While the screen is on, it can be used for various functions – most importantly providing a place for notifications so they don’t take up space on the main screen.

The second screen is gone on the V30. Instead of the beautiful 5.7″ IPS screen, LG is using a 6″ OLED panel with curved glass. Curved edges generally frustrate me because they make the phone harder to hold and tempered glass screen protectors harder to install. Cases can’t fully grip the phone, instead getting to wrap around on the top and bottom of the phone. I’m really disappointed in the changes to the screen from the V20 to the V30. 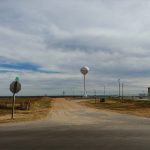 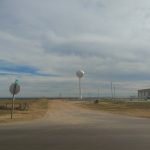 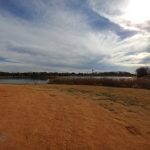 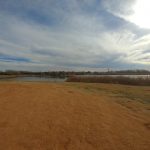 There’s no question the pictures taken with the V30 are noticeably better and more vivid than the V20. Also, after using the V20 for nearly a year, I experience what can be hair-pullingly frustrating lag from when I launch the camera until I can actually take a picture. I didn’t notice any lag on the V30, but I also didn’t notice any lag in my initial review of the V20.

Battery life on the V20 with the stock battery is atrocious. The Geekbench 4 benchmark yielded a score of 2003 at 3 hours and 23 minutes for the V20. The V30 battery was more than twice as good as the V20, scoring 4260 at 7 hours and 6 minutes. The V30 also features wireless charging, a feature which was sorely missing on the V20.

For me, the V20 is unusable with the stock battery, so I use the ZeroLemon 10,000 mAh extended battery which lasts me at least 18 hours with Bluetooth, GPS and hotspot running the whole time. I can’t award a winner here because even though the V30 battery is so much better than the stock V20 battery, the V20 allows replacement and extended batteries.

I live less than a mile from a Verizon tower, but my farm is on the edge of Verizon coverage. Differences in phone antennas and the resulting reception variability is very noticeable to me. The V20 with the ZeroLemon battery didn’t seem to perform as well as the V30, which seemed to do as well as any other device I’ve tested. However, I’ve anecdotally noticed the reception with the big battery to be slightly poorer than with the stock battery, so there’s a chance that that difference in radio between the V20 and V30 might be due to the battery on the V20.

The V-series is known for audio abilities. The Quad DAC that debuted on the V20 that made it sound so good with wired headphones has been improved on the V30. The V30 offers sound presets and filters, making it more customizable than the DAC on the V20. However, without the customizations, I didn’t notice much difference in the audio output between the two phones. I think this is because the V20 is already really good and it’s tough to make anything significantly better enough to notice. The V30 wins because of customizations, not because I could tell much of a difference in output without using a preset or filter.

Currently, the V20 runs Android 7.0 and the V30 runs 7.1.2. While the V30 has a few extra tweaks surrounding the functionality of the curved edges of the screen, I didn’t find any software differences worth using much less mentioning. Replacing the launcher and keyboard yielded a day-to-day software experience for me that was indistinguishable from one phone to the other. From a longevity perspective, it’s worth noting that the V30 is a year newer and, thus, will likely receive longer support.

To be clear, the V30 is an excellent device and improves on the V20 in a number of ways: better processor, better audio, better software, better cameras and better radio performance. When I bought my V20, I was deciding between it and the Google Pixel XL. I chose the V20 over the Pixel because of the expandable battery and second screen. Both of those features are absent in the V30. I also strongly prefer a phone with a flat screen, which the V30 lacks.

Buying a phone is a very personal decision. If you’re looking for the best hardware and software in a beautiful device, the V30 is a great choice, currently $840 at Verizon. If you like a phone with a flat screen and the most features, the V20 is still an excellent deal. The LG V20 is currently $576 at Verizon.