Released in late 2016, the Pixel and Pixel XL were Google’s first forays into designing and selling phones. They were essentially identical, except for screen and battery size, with a clean implementation of Android and one of the best cameras on the market. The successors, the Pixel 2 and Pixel 2 XL, were recently released and my friends at Verizon let me spend a few weeks with the Pixel 2 XL. I found it to be a solid workhorse with a few new features, and only a couple features missing, from what is otherwise a great experience.

The Pixel 2 XL is as fast or faster than any phone before it. It has the same design language as the first Pixel, with the power button and volume rocker on the right side and a well-placed fingerprint sensor on the back. The Pixel 2 XL is roughly the same width as the Pixel XL, but it’s slightly taller and thinner. Like the first Pixel, the upper part of the back of the Pixel 2 has a slick finish. Unlike the Pixel, which had a flat back, the Pixel 2 has an unfortunate camera bump where the lens protrudes from the back of the phone just enough to make the phone rock a little bit when sitting on a flat surface.

The Pixel 2 boasts water resistance, a feature found in most other modern phones that was absent from the Pixel. It also brings the return of dual front-facing speakers, a feature missing from Google’s phones since the Nexus 6. It seems roughly as loud as my Nexus 6, and noticeably louder than the V20 and Note8.

Unfortunately, Google still hasn’t accepted the market demand for expandable storage. Luckily, the smallest storage option is 64GB which is likely enough for most people.

Deal-breakers for me personally are the lack of a headphone jack and wireless charging. Bluetooth isn’t always an option, and carrying a dongle adapter is too inconvenient for the few times I really need to plug in a 3.5mm jack. While fast charging is nice, other manufacturers have been including wireless charging for many years and it’s frustrating that Google keeps omitting this extremely useful feature from its phones.

Like other flagship phones released in 2017, the shape of the Pixel 2’s screen is taller and narrower than phones of yesteryear. That’s how the Pixel 2 XL can fit a 6-inch screen in a body that’s only slightly larger than the original Pixel XL. The screen edges are slightly curved, very similar to the V30, which has the unfortunate effect of making it more difficult to install a screen protector. While a curved screen normally makes a phone harder to hold, the Pixel 2 XL is much easier to hold than Samsung’s Galaxy S8+ and the LG V30. While there was some news when the Pixel 2 XL was launched regarding screen problems, I noticed no burn-in or ghosting during the few weeks I used it.

The camera was one of the most talked-about features of the original Pixel. Google again neglected to add optical image stabilization or a second camera to the Pixel 2, opting to focus on post-processing to make the pictures crisp and clear and add functionality. Indeed, the camera on the Pixel 2 performs quite well. The AR Stickers feature adds a layer of fun, allowing the insertion of objects and text into the image as if they were in the shot. We had a ton of fun over Christmas playing with the Star Wars stickers.

The Pixel 2 also has a portrait mode which uses software to add a bokeh, or blurred background, effect.

As always, I’ll include a gallery at the end of this review of unedited example pictures I took over the few weeks I used the Pixel 2 XL. 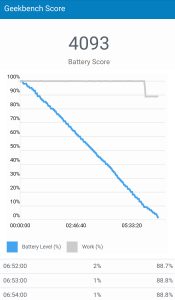 I used the Pixel 2 XL exclusively for a few weeks over the holidays. I never had issues with battery life. Indeed, the Geekbench 4 battery test scored a 4093 clocking in at just under 7 hours of full-load battery use. It’s just a smidgen lower than the LG V30, but still translates to plenty of power to get through the day for an average user.

Arguably the best feature of the Pixel line is Google’s version of Android. It’s clean and looks fantastic. Only one or two unnecessary apps came pre-installed and those can be easily removed. The original Pixel was the first phone to come with Google Assistant, and the Pixel 2 makes Assistant even easier to access. No longer do you have to say “Hey, Google” to launch it; simply squeezing the phone triggers assistant.

I’m not much of a graphic design guy. But I do get to play with devices from many different manufacturers and I have to say that Android just looks better on the Pixel than any other phone. It’s not just the fonts; the whole system menu looks like it was built and organized in a way that’s consistent and makes sense.

The camera bump and curved edges make using a case with the Pixel 2 XL a necessity. Luckily, Verizon sent along an Incipio DualPro case. It does a good job protecting the phone without being bulky, and it’s much easier to hold and use than the phone by itself.

The Pixel 2 XL doubles down on the blocking and tackling that made the original Pixel such a great device. If you don’t need a headphone jack, or don’t mind carrying an adapter, the Pixel 2 XL on Verizon is an excellent choice for anyone who wants a well-rounded phone with pristine software that’s guaranteed to receive updates long into the future. 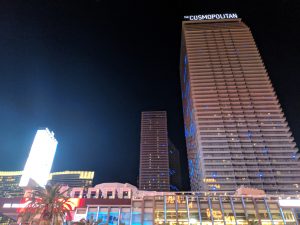 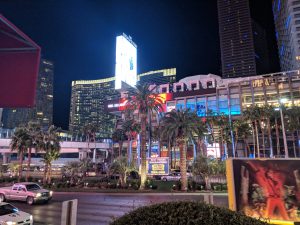 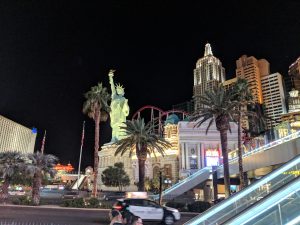 On the Las Vegas strip 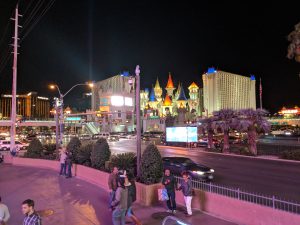 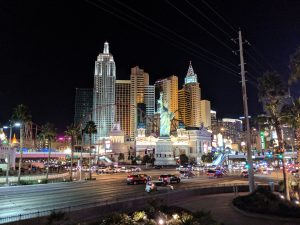 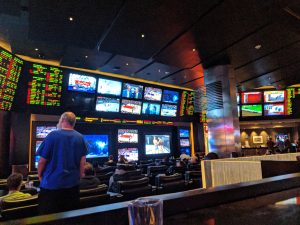 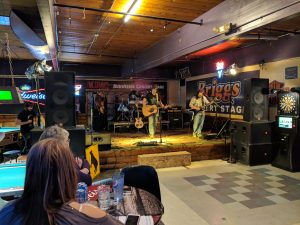 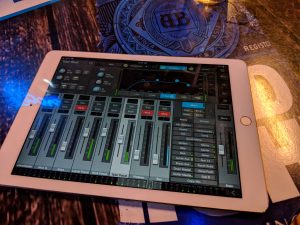 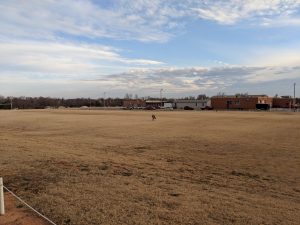 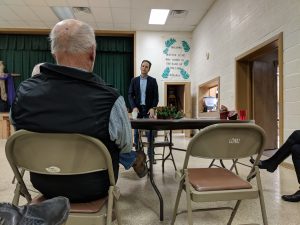 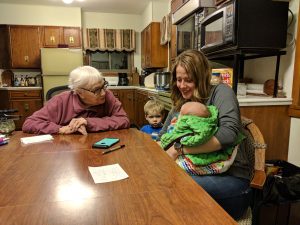 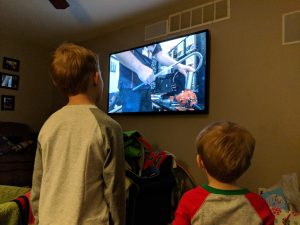 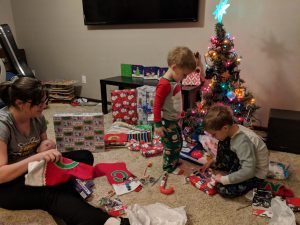 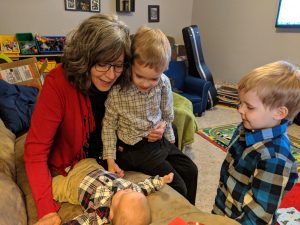 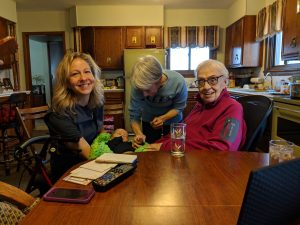 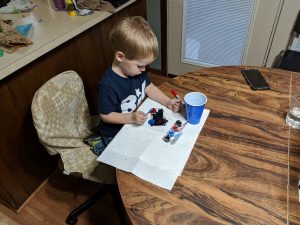 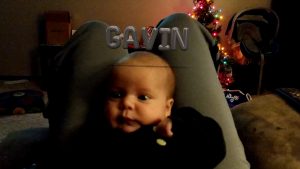 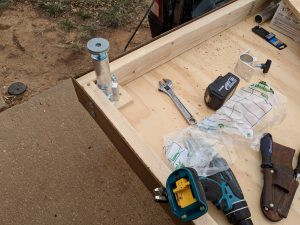 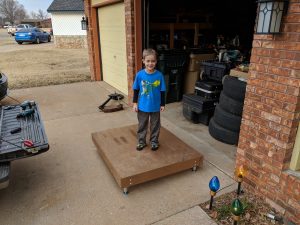 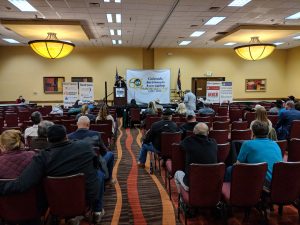 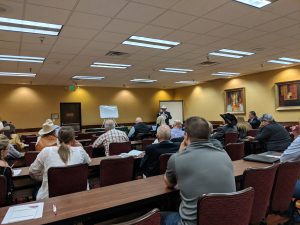 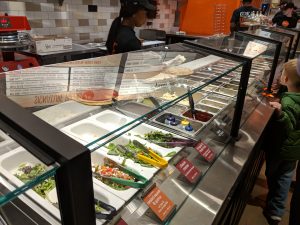 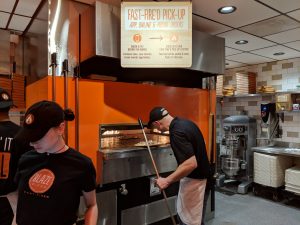 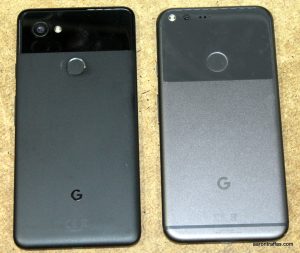 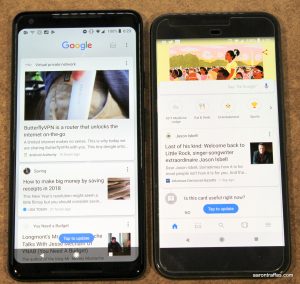 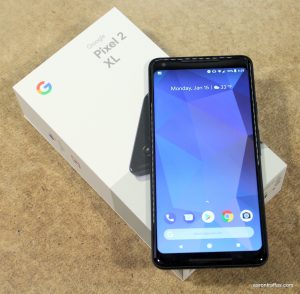