The nascent world of virtual reality is buzzing. It seems every major consumer electronics company is releasing a VR headset like the Samsung Gear VR I reviewed in April. The ability to watch immersive content is great, but being able to create it is even better. That’s why I was excited when my friends at Verizon offered to let me play with the new LG 360 CAM during harvest. It’s a small, tower-shaped device with two 13 MP fish-eye cameras on either side of one of the ends. It takes 360 degree or 180 degree pictures and records video – and it’s a ton of fun. 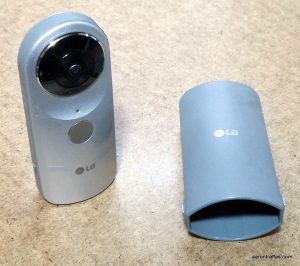 The camera can be triggered by the button or through the LG CAM Manager app. Using the app keeps your arm and fingers out of the shot, and the standard camera mount on the bottom of the device makes it compatible with any number of tripods or camera clamps and clips.

I had the opportunity to play with the LG 360 CAM on the combine, in the backyard and at a couple music concerts. Rather than describe the experience, it’s best to demonstrate. Here’s a sample of some of the photos. If the photo doesn’t work when it loads, click on it to turn on the rotation. 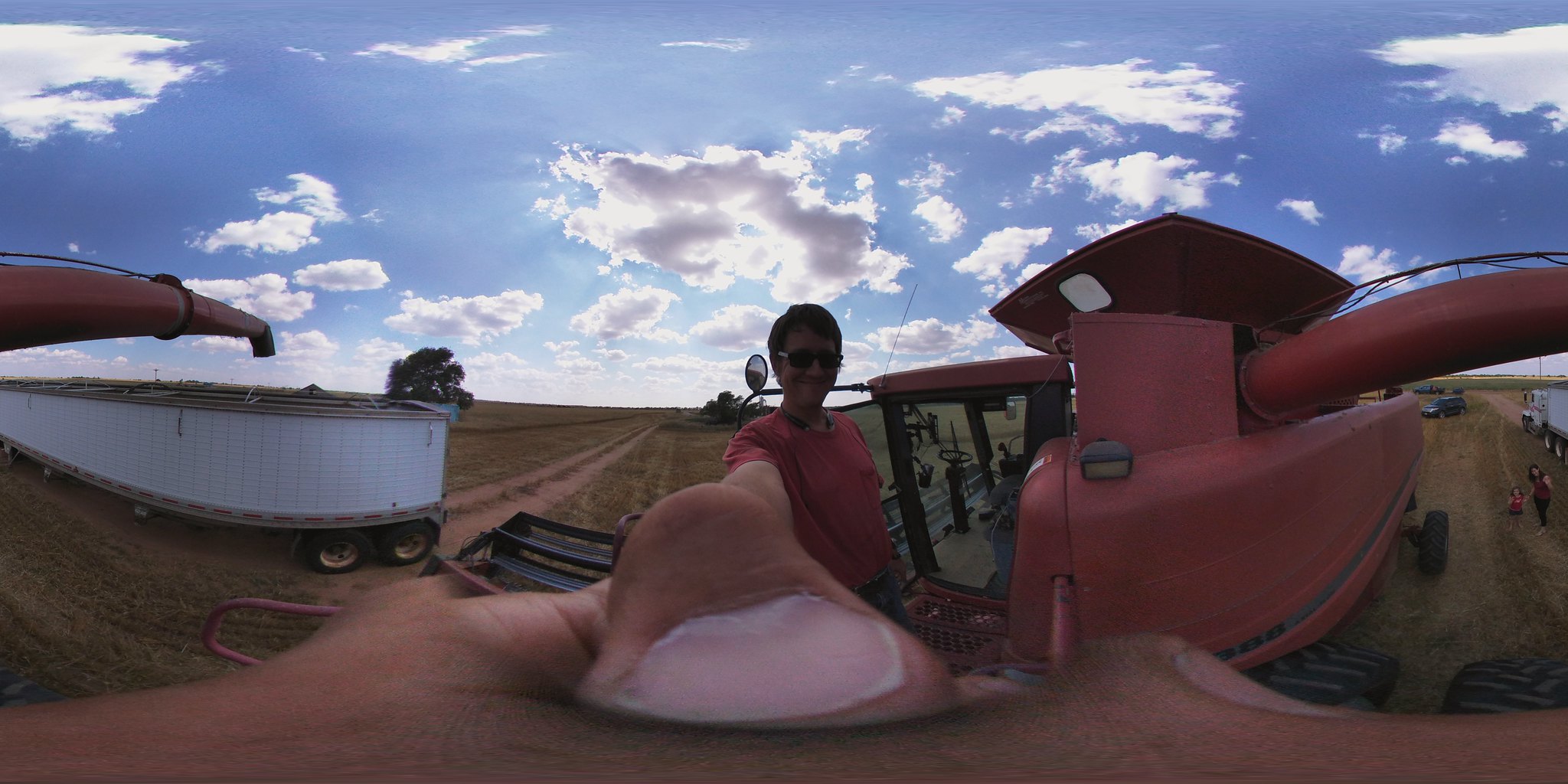 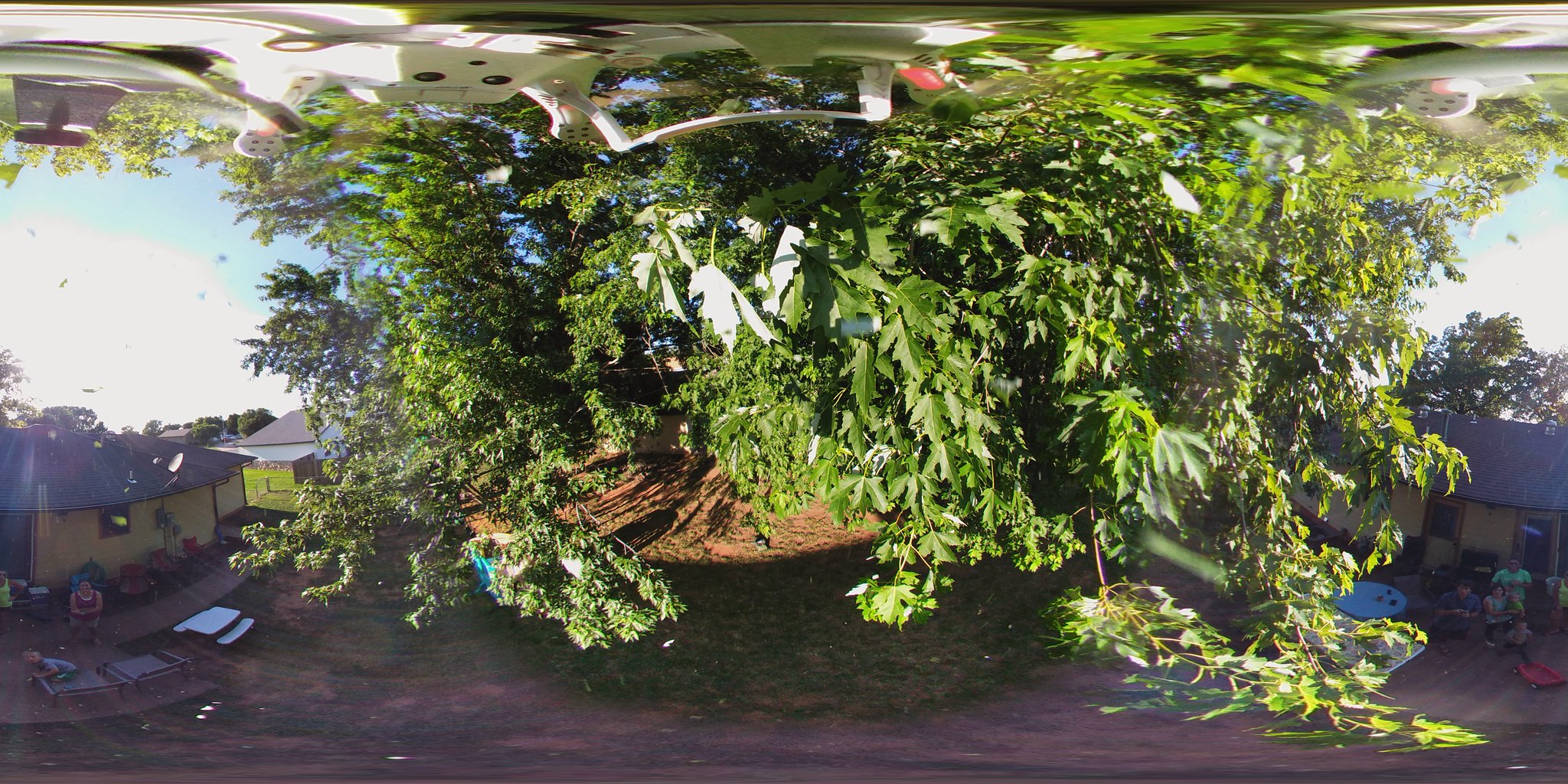 Mounting the camera on a Phantom 3 quadcopter 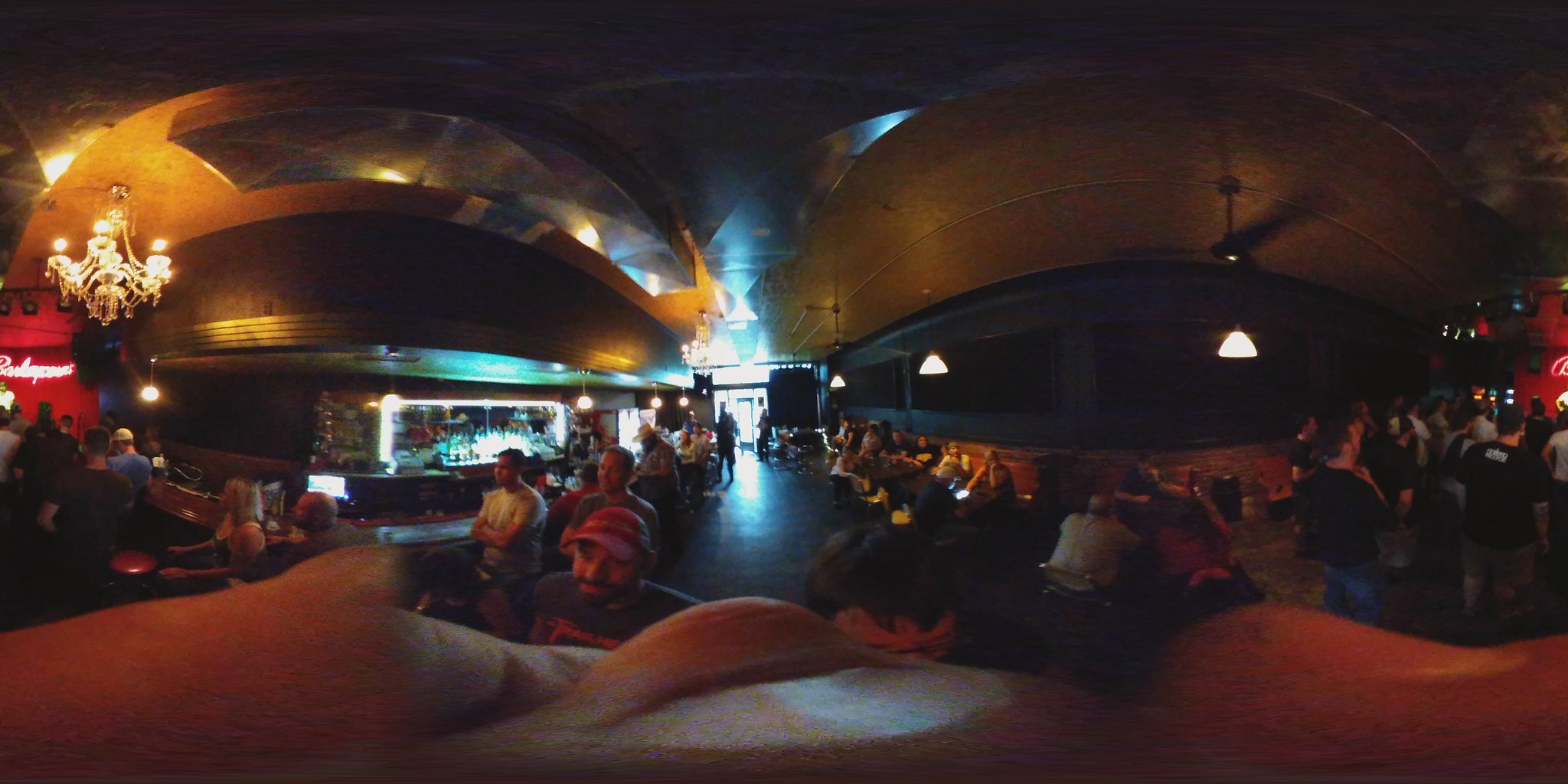 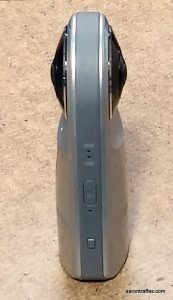 The still pictures are tough to share. Not all photo sharing services support displaying them properly. Facebook only seems to work if you upload from the LG 360 CAM Manager app, but once it’s uploaded, Facebook does a good job of displaying the 360 images. Here’s the example image from above shown on Facebook.

Video is similarly easy to take but difficult to share. When I would copy the video file from the camera and then upload it, there was a weird black stitching effect that was introduced. I thought it was a limitation or a problem with the device until I tried to upload directly from the app – it worked great with both YouTube and Facebook. YouTube even enables the Cardboard viewing ability when it recognizes a 360 video, so you can view the videos on your computer screen, phone or Cardboard viewer.

Here is an example of using the LG 360 CAM on my combine during wheat harvest.

Here’s a demonstration of the 360 CAM at a concert. I was skeptical that the microphone would record anything when I sat it on top of the speaker, but it actually did a good job considering the ear-splitting sound levels at the show.

Of course, I can’t test a small, portable camera without strapping it to my drone. Here’s some footage of the LG 360 CAM mounted to my Phantom 3 Professional quadcopter at a backyard barbecue. Don’t forget to look up!

Here’s my YouTube playlist containing several different combine videos I took as well as a video of loading seed wheat into a grain bin.

Since taking 360 video is more a novelty than an industrial application, I didn’t pay much attention to battery life. I can’t imagine an instance where it’ll be used consistently enough during a day where battery life would become an issue – I certainly didn’t have problems recording as much as I wanted after I pulled it off the charger.

Note that there is no SD card included, which is a good thing. It keeps the cost of the device low and bundled storage cards are never big enough for me anyway. 360 video creates big files. A nearly 7-minute combine video was nearly a gigabyte, while the still images were between 4 and 6 MB.

The 360 CAM also uses the new USB Type-C cable, which is great because it’s fast and doesn’t matter which way the cable is turned when you plug it in. It’s inconvenient only because it means none of your old cables will work with the 360 CAM.

The difficulty showing off the content is likely only a temporary downside. As more services support 360 images and video, I’m sure it’ll get much easier to share content without being forced to use the app. Facebook and YouTube already support 360 video, and Facebook, Flickr and a few other services support 360 photos, so if using the app on the phone to share isn’t a deal breaker, you’ll have no problem finding a service that supports the content.

Overall, the LG 360 CAM is a really fun device. You can pick it up at your local Verizon store or online for $199.